„Wanna go to Kabul this Fall?“ When my sister first suggested to spend both our vacations with our mum in Afghanistan, I thought she was kidding. After all, when I had suggested this trip in 2009, neither showed much interest in such a family trip. And with the worsening security situation, especially since the International (or rather, American) withdrawal, I did not expect this. And yet, on this sunny October day, I was sitting in a plane to Istanbul, where our connection to Kabul International Airport was waiting. My jests about losing a limb or two were not well received, and the tension rose. It certainly did not help to see the 50 or so figures travelling with us from Istanbul: A group of refugees who got deported from Turkey; a handful of Germans who seemed quite adventurous; some lone Afghan people, looking nervously around them, wearing clothes they though would make them look like locals, yet revealing their status as expats even to our untrained eyes. 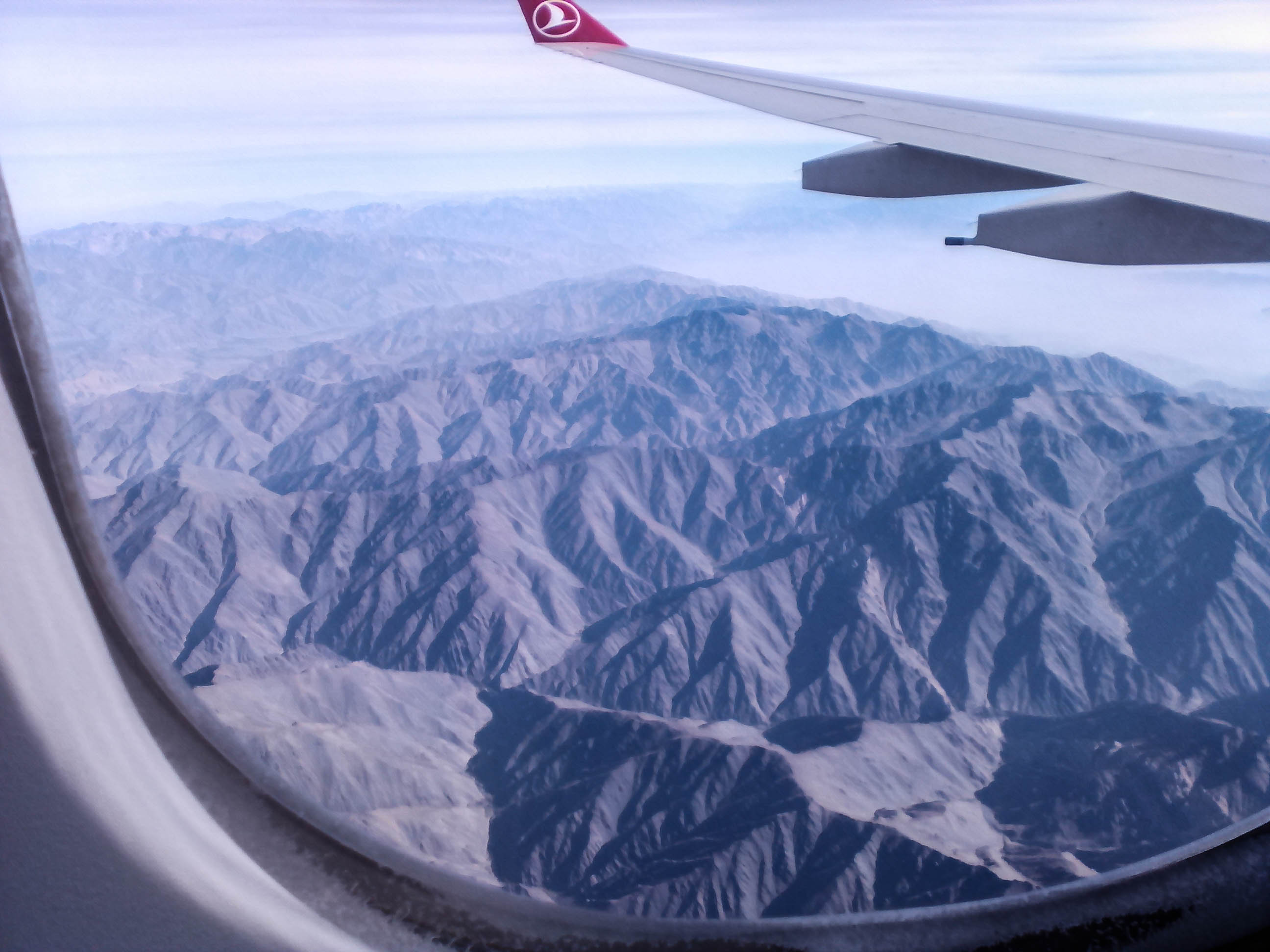 Seeing the mountains surrounding Kabul was a strange feeling. For the first time, we could see this strange place we had no memories of. And for the first time, we had an understanding of it – what it meant to lie in a valley, 1800m above sea level, wedged between mountains. Tiny houses from above, connected by barely visible lines that had to be roads, carved into mountainous deserts. With her infallible sense for absurd cheesiness, my sister glanced at me, saying „welcome home“.

I could feel the irony of her words when we got out of the airport, clueless like the worst kind of tourists (you know, those who get a taxi everywhere). Even finding our relatives was a challenging task, only eased by eager helpers, trying to carry our luggage for a little tip. Finally in our car, we got some news from our relatives. “Security is bad since Kunduz, but wait until Dostum is back (you know, the guy who is responsible for massive human rights violations), he’ll clean up.” “Oh, those buildings on top of the mountains are new, imagine getting stuff up; probably easier to just die and get dropped down.” “These roadblocks are new, they probably belong to that general who leaves nearby.” 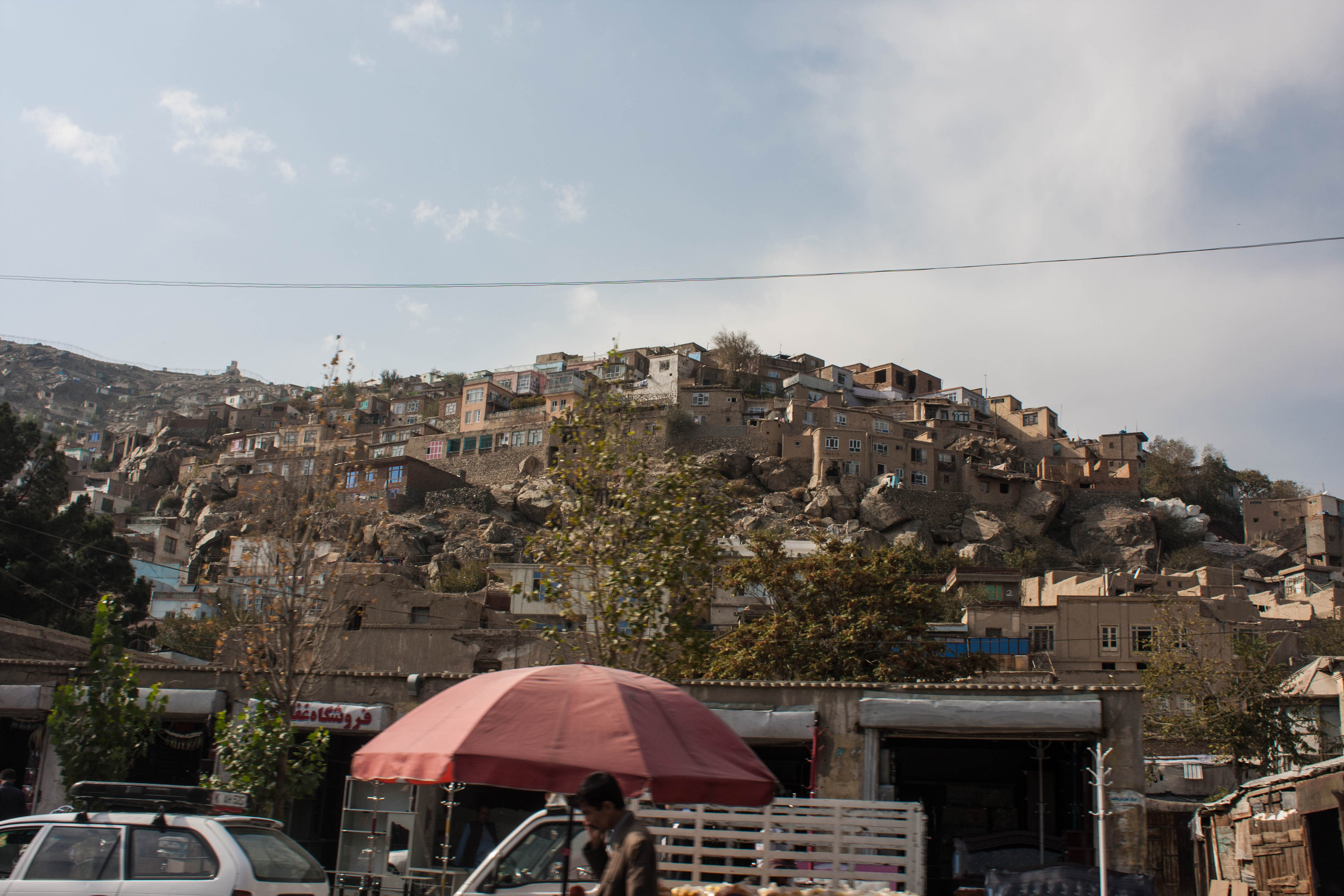 The city, in case you did not know, is a moloch, inhabited by ten times the people it was intended for. Its infrastructure, already quite minimal, is overwhelmed. The most visible problem is the trash; it lies in neat piles along the roads, in the rivers, or in the little drainage gutters along sidewalks. Almost everyday, workers in orange jumpsuits will carry garbage away, fish it out of drainages, yet, the supply is just too much. Surprisingly enough, the markets and living areas are quite clean of trash; there is too much of it, but it is neatly piled in the same places. Animals will eat from it, while humans dig through it for valuables. 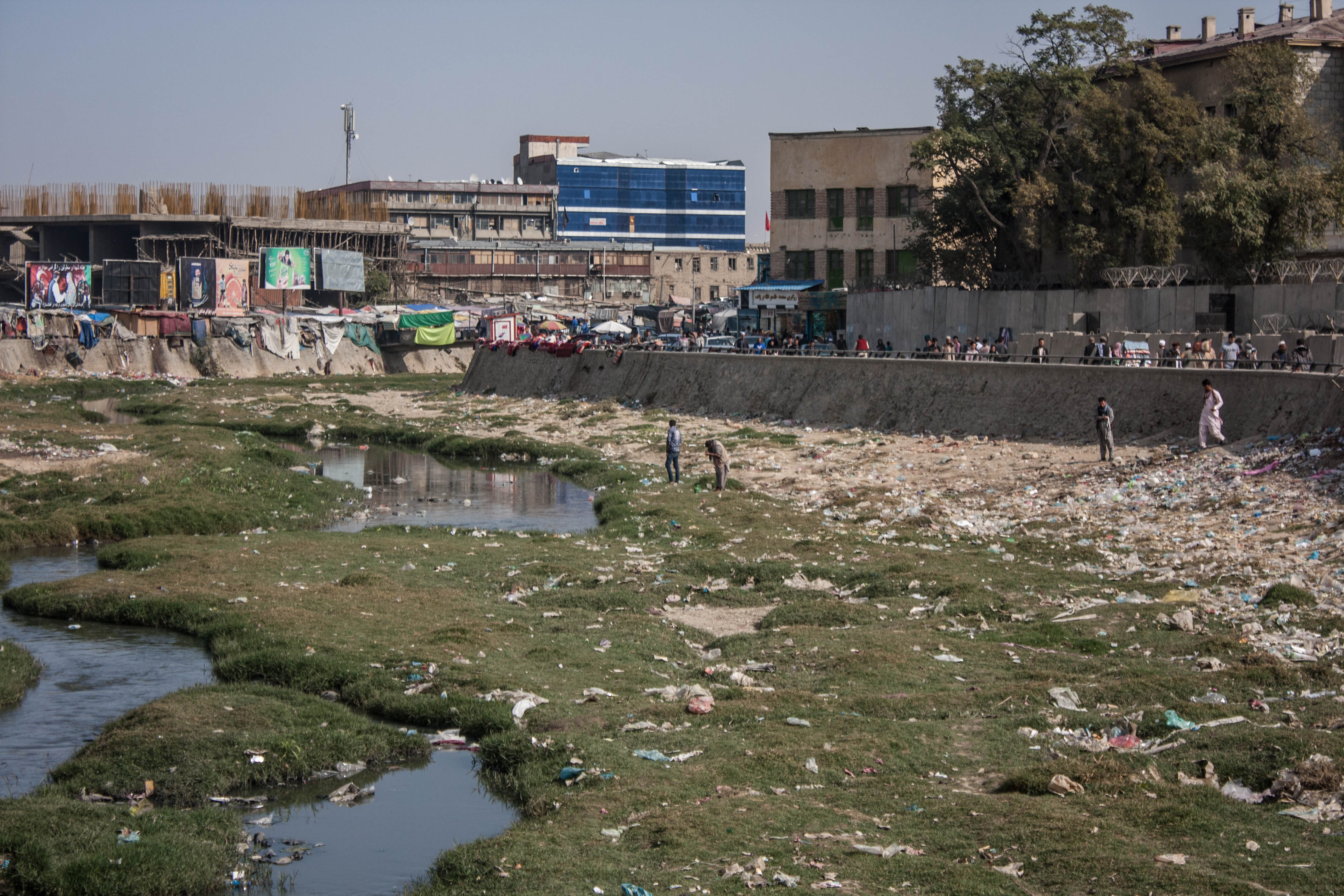 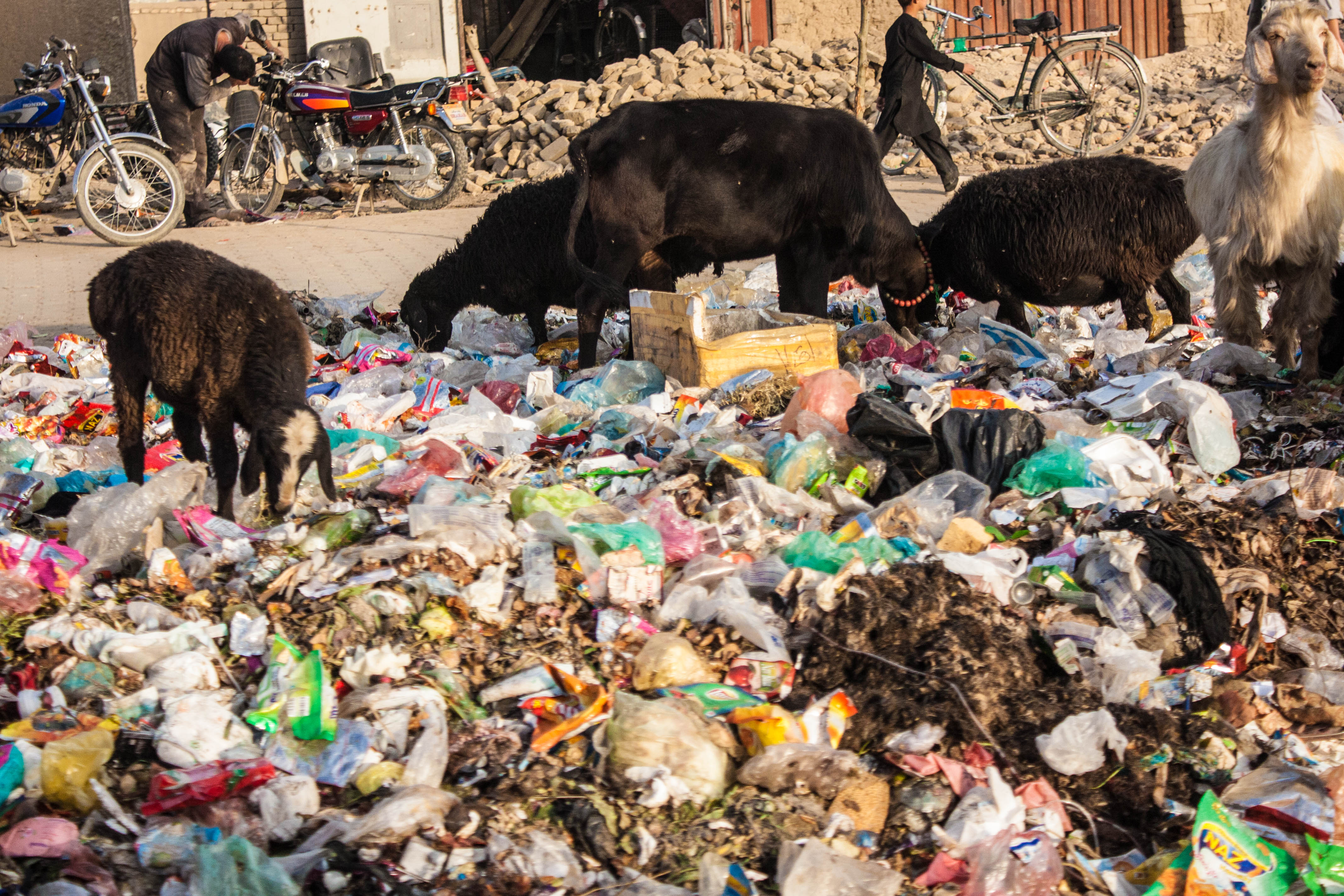 In case you ever wondered: If you want to be treated as a local, carry a child. Babysitting my cousins came in handy while running around and taking pictures. Especially interesting: The markets. They are everywhere – cornerstores, where the men will gather (tea houses, I was told, have a hard time nowadays), street vendors offering fresh produce/food, and old living spaces now used as malls.

The latter display an extremely creative use of space. Upper floors are mainly used for storage. The openings between balconies, for example, will be guarded by nets (to prevent people/stuff from falling down), or decorated. Where they are sealed off, people may store other things on the nets – like bicycles. Each „block“ is dedicated to a different type of product. In the „body mall“, hygiene products are sold. Other blocks sell stationery, jewelry, candy, or clothes. One of my favorite „malls“ had a lower level with a wide entrance, possible a cellar previously – creative use indeed. 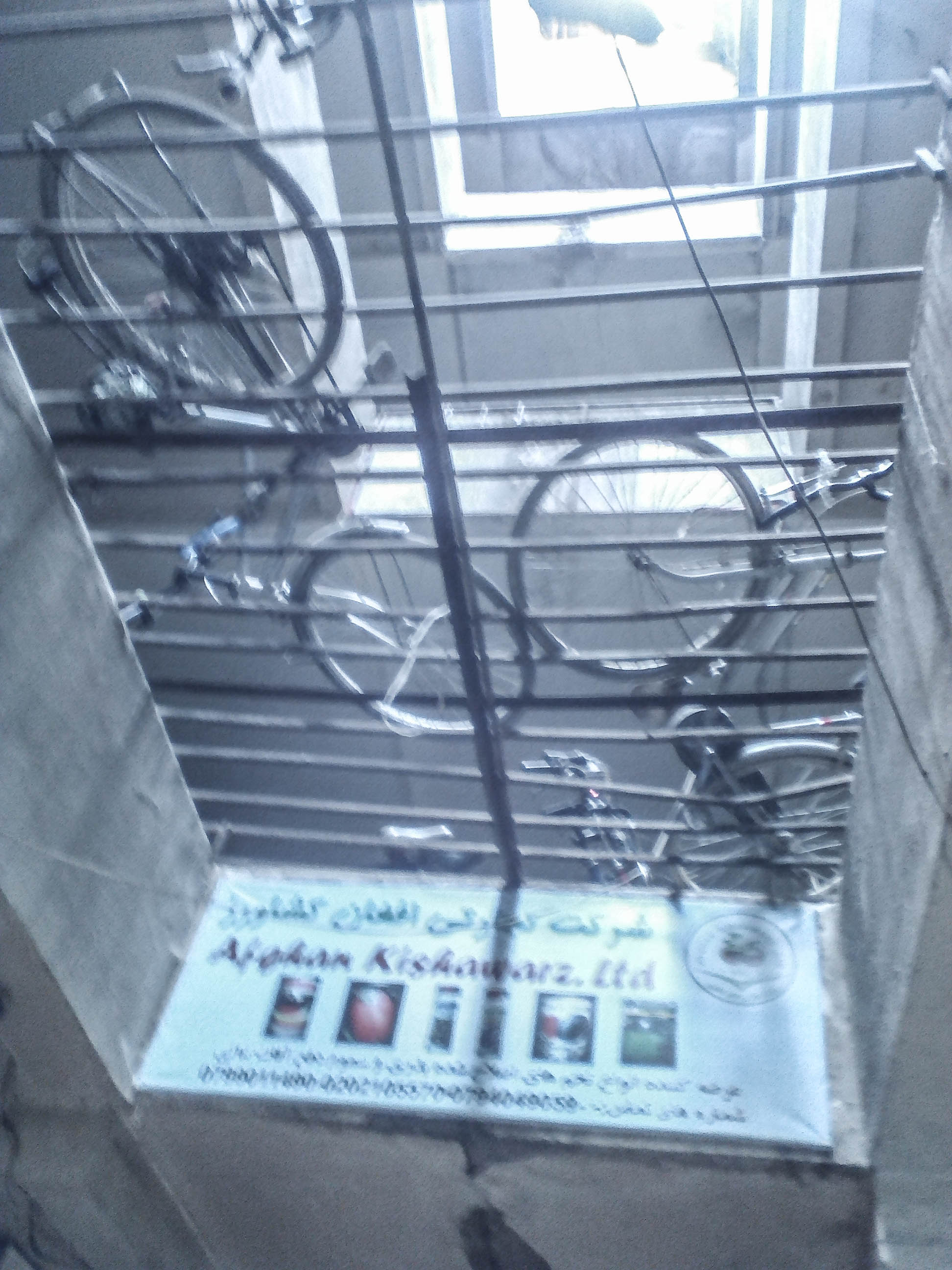 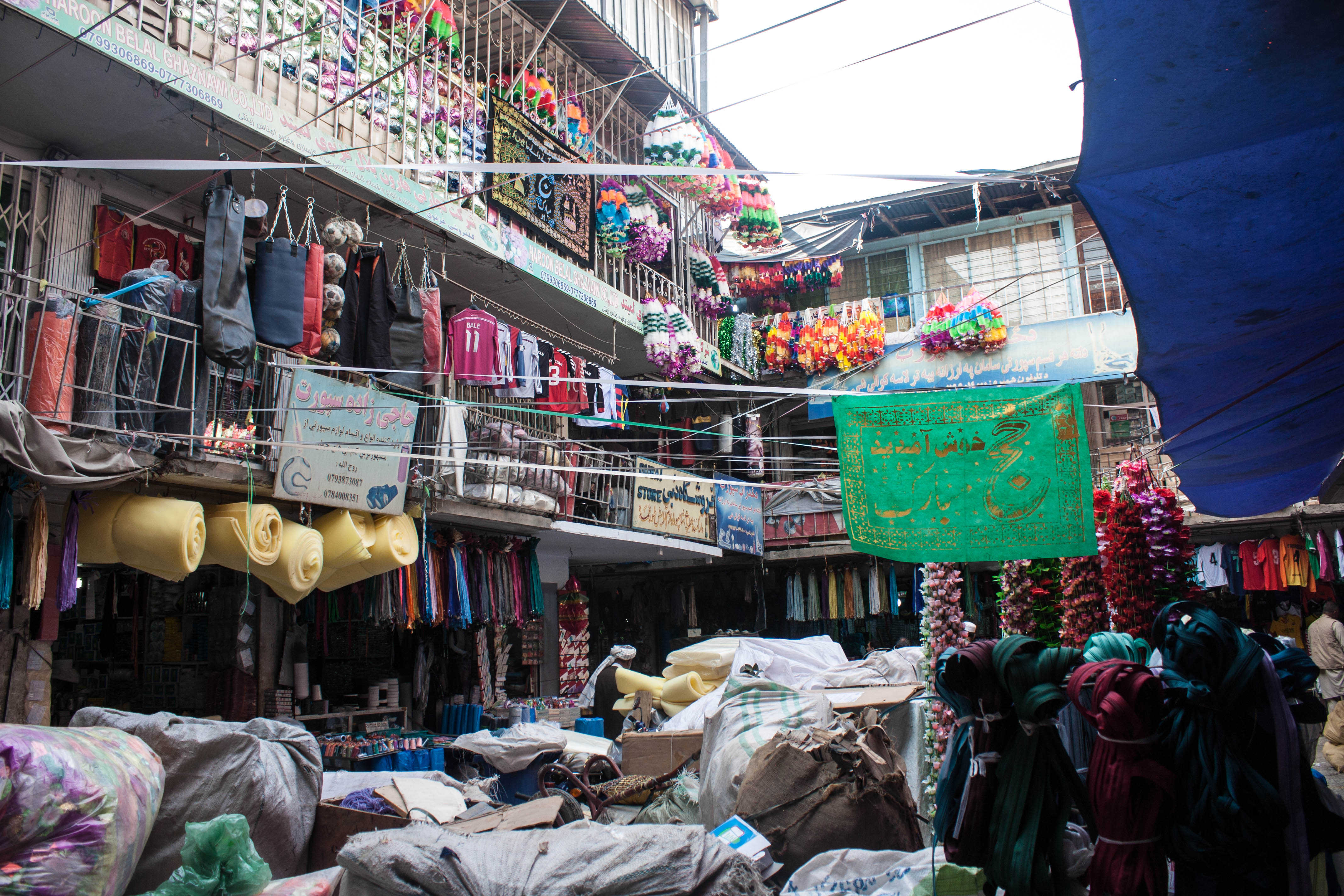 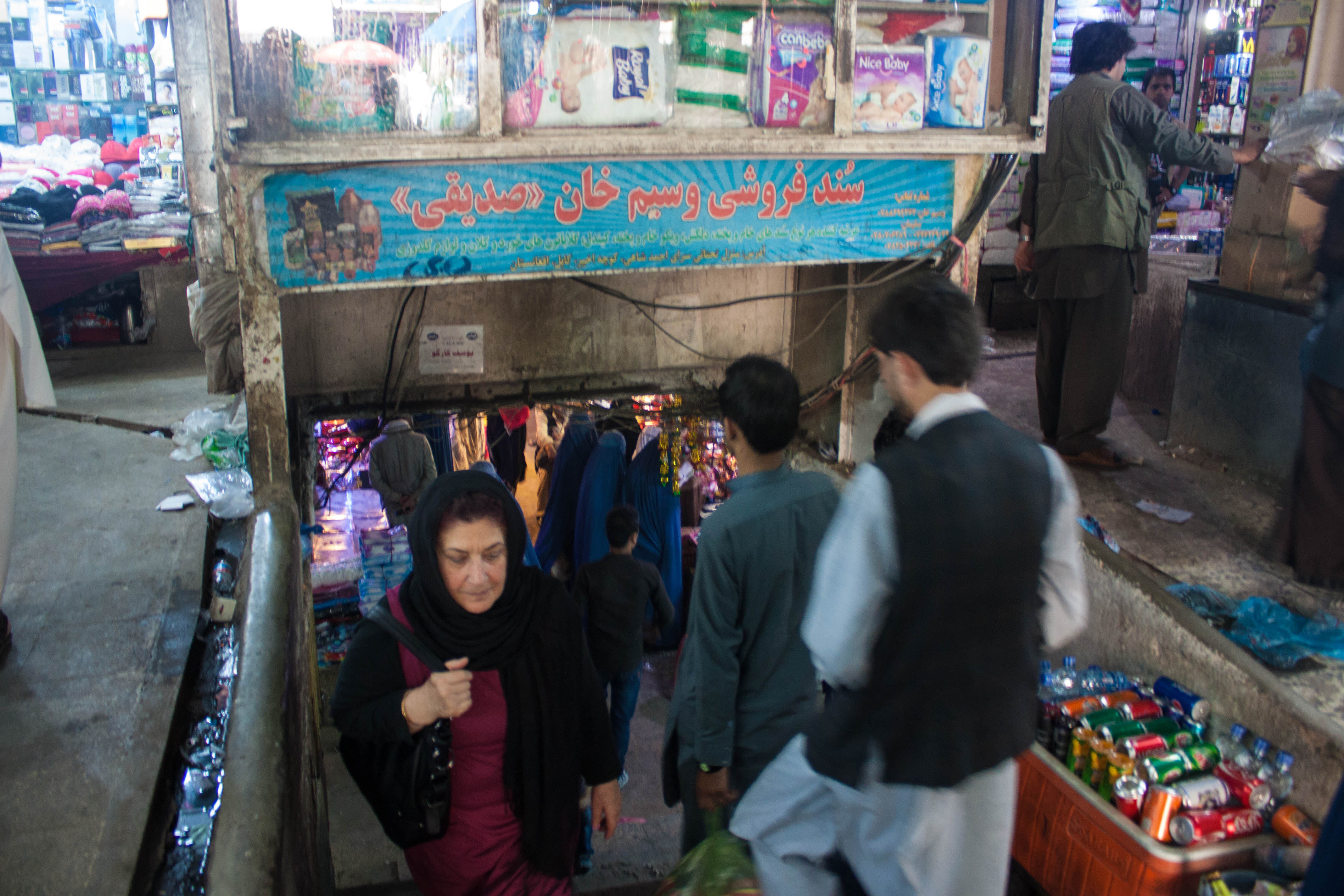 A lot of buildings are relatively new; you can see Kabul having been rebuilt post-2001. However, that is more true for rich neighbourhoods, like the buildings near Darulaman Road, which also passes by the parliament area. Especially near the mountains, buildings are also quite old and often ruins. On the mountains, I could make out some ruins that looks especially old, almost like forts from a different time; I wish I could find an expert on these (in case you know anyone specialising on Afghan archeology, hook me up!). Similarly, the city center markets are surrounded by ruins, the area seems to have suffered especially badly from the war.

Running through Kabul with a camera outs you as a non-local quite quickly. And that is ignoring things like clothes, body language, speech patterns or generally having a clue of what’s going on. The reactions range from shyness or glaring to excited shouts to take pictures. 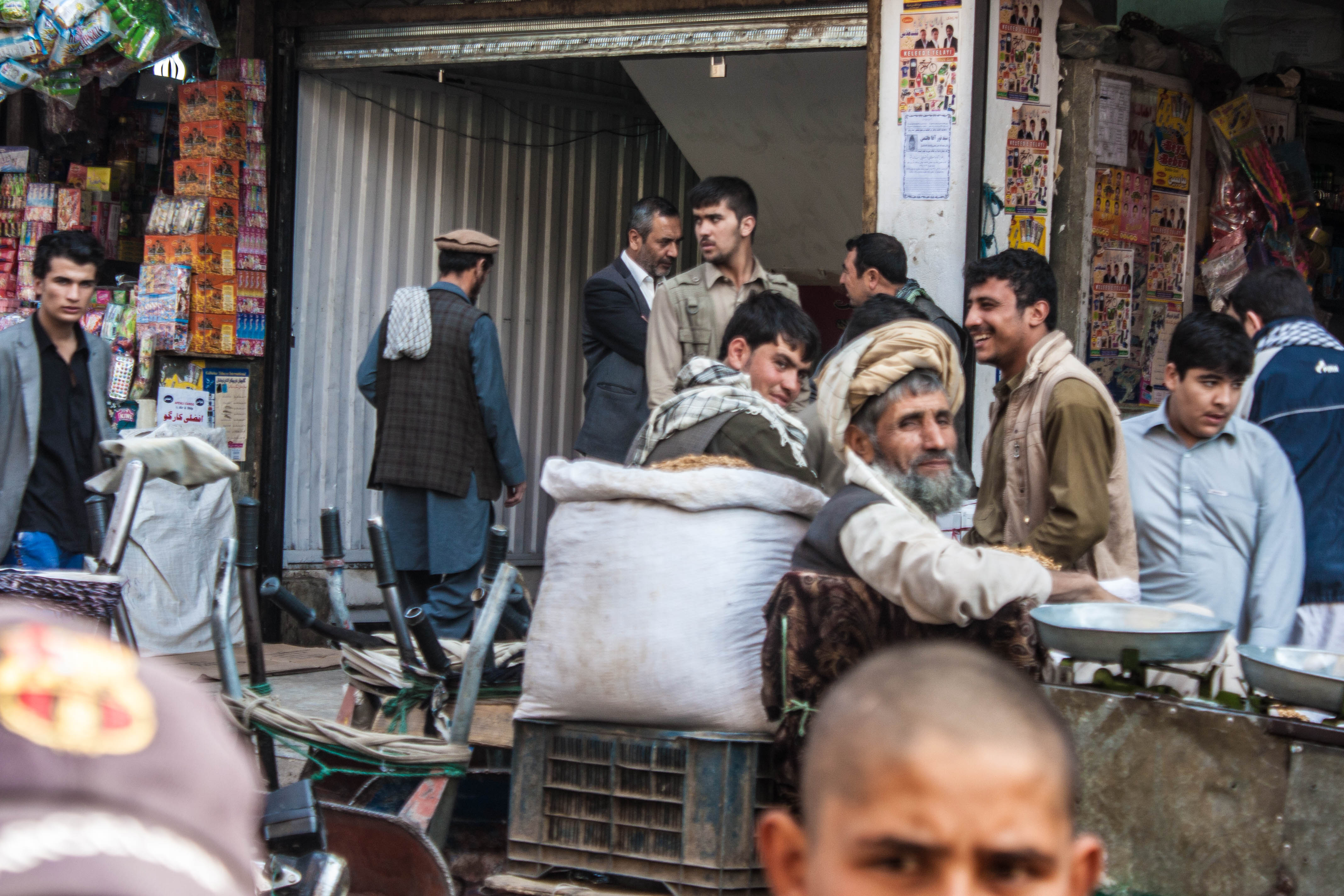 This gentleman shouted over the stands to take a picture, which I did; I wish I wasn’t busy looking for a 3 year old at that point, I could have taken a better one. 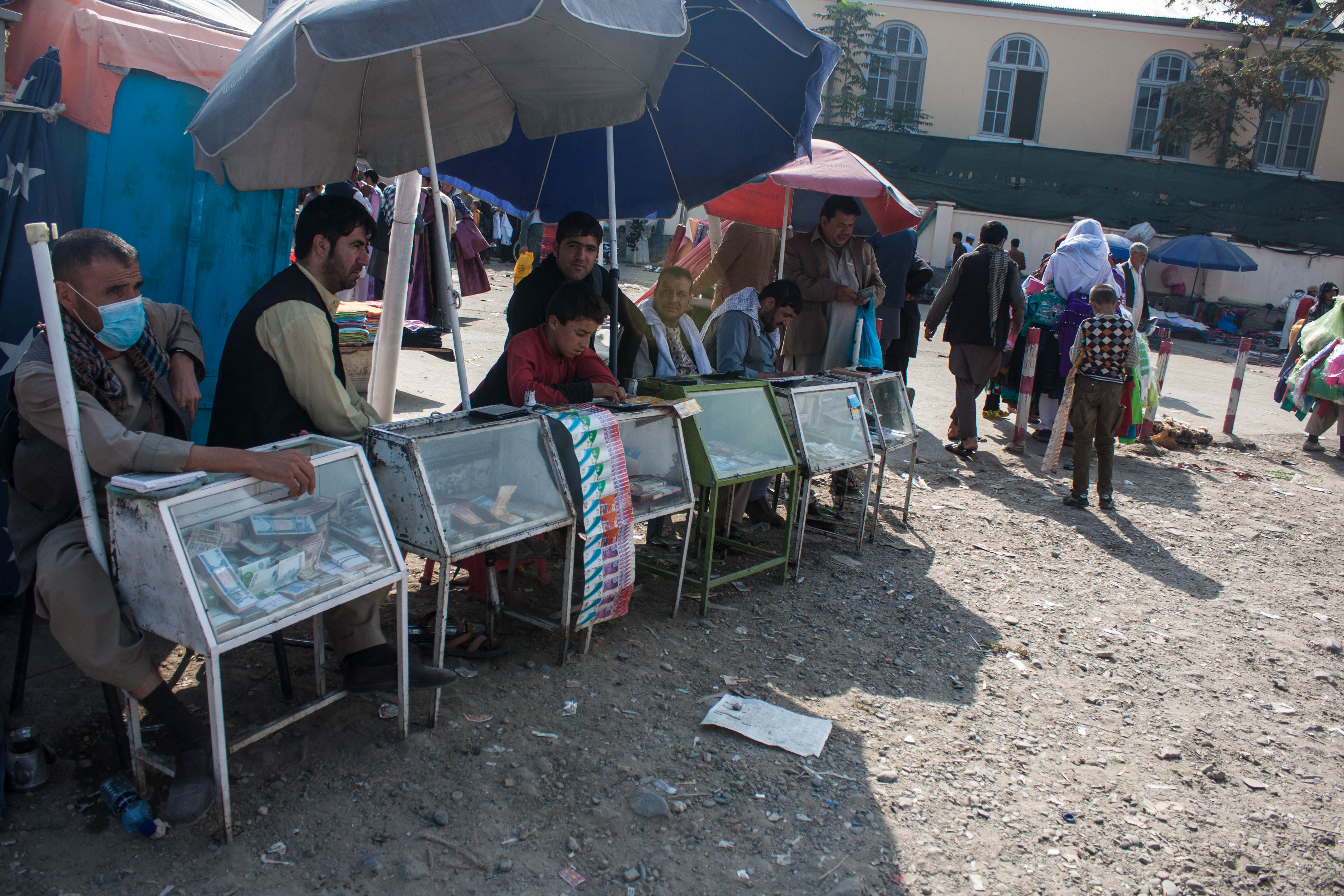 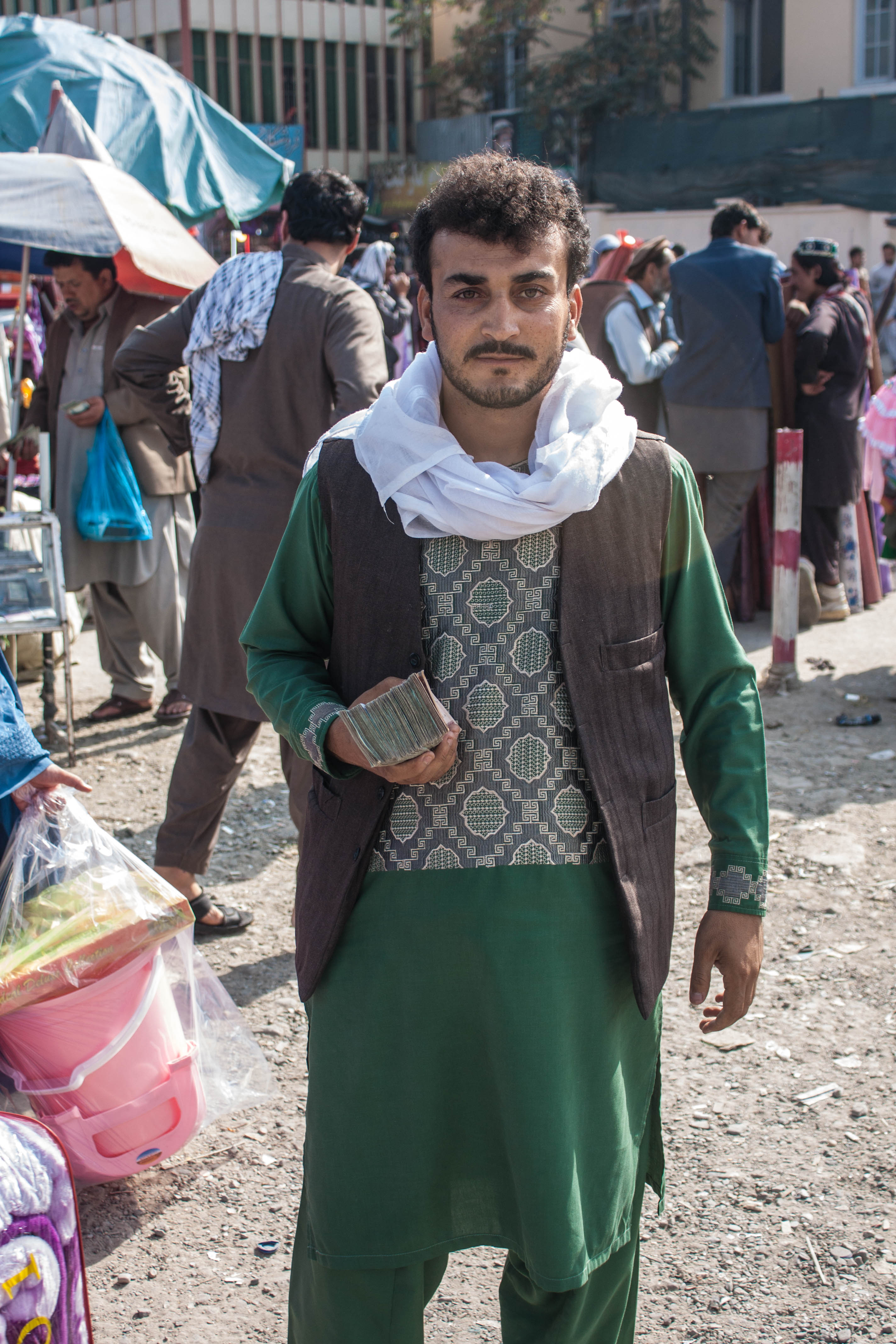 When taking pictures of a group of money changers, they told me this young man liked his picture being taken, so I did. He approved of it, which I take as quite a compliment!

Generally, shouts of „take a picture!“ would follow me around the market, but it is hard to locate the source, and sometimes, people will be shy. Like this friendly street vendor, cooling his drinks on blocks of ice. 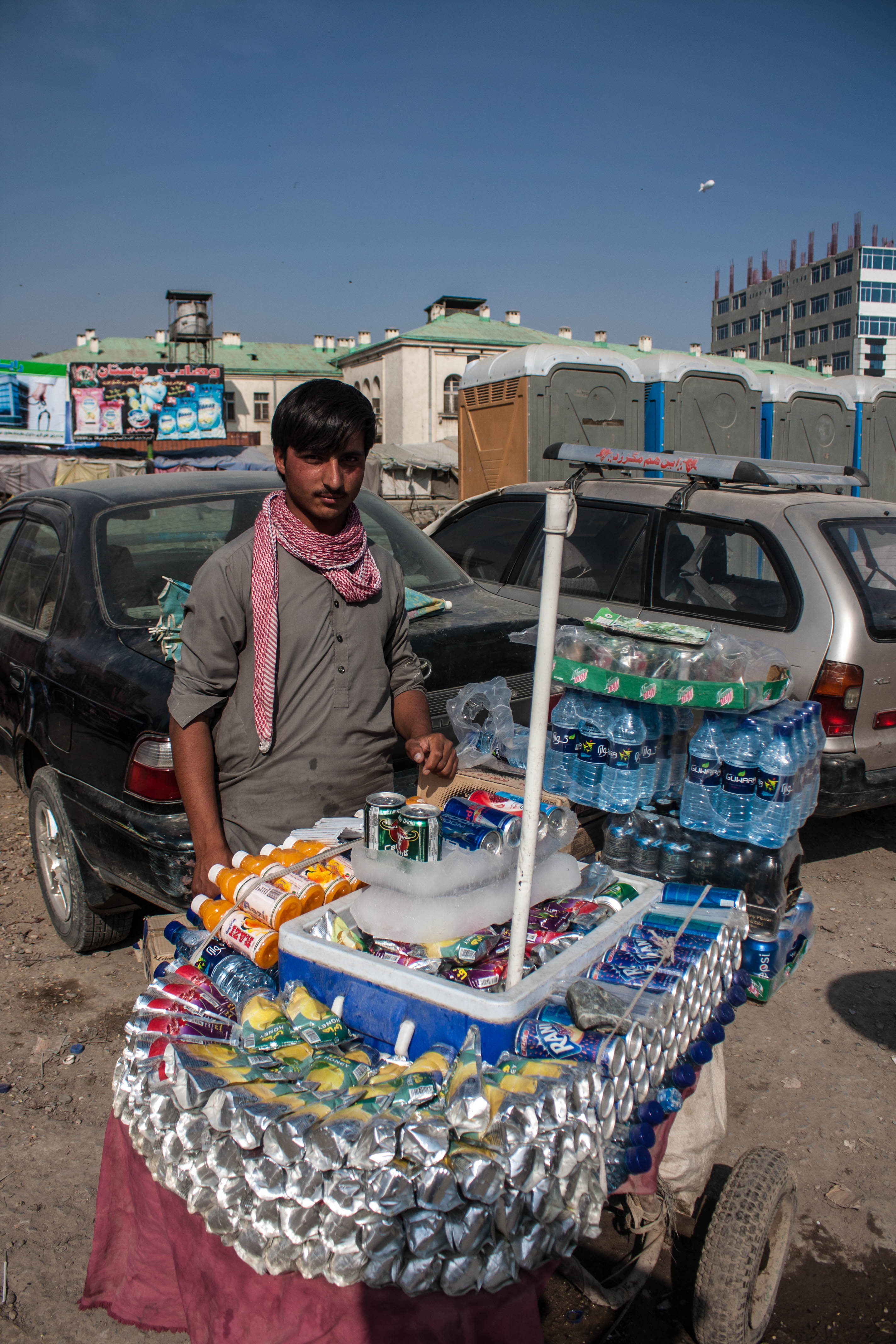 When I asked for a picture, he seemed hesitant. Afterwards, he seemed quite happy with it (but then again, reading people is hard).

Markets are not all Kabul has to offer! Qargha is a lake and reservoir near Kabul, where people go to relax. Traffic to and from Qargha is horrible – but apparently, it is not as popular during dawn (which is when we went there) due to security. Rather, people will go there in the morning, ride boats and horses, and relax on the beach. Since boats were gone, and it was getting dark already, we settled for walks at the beach and a swing ride. 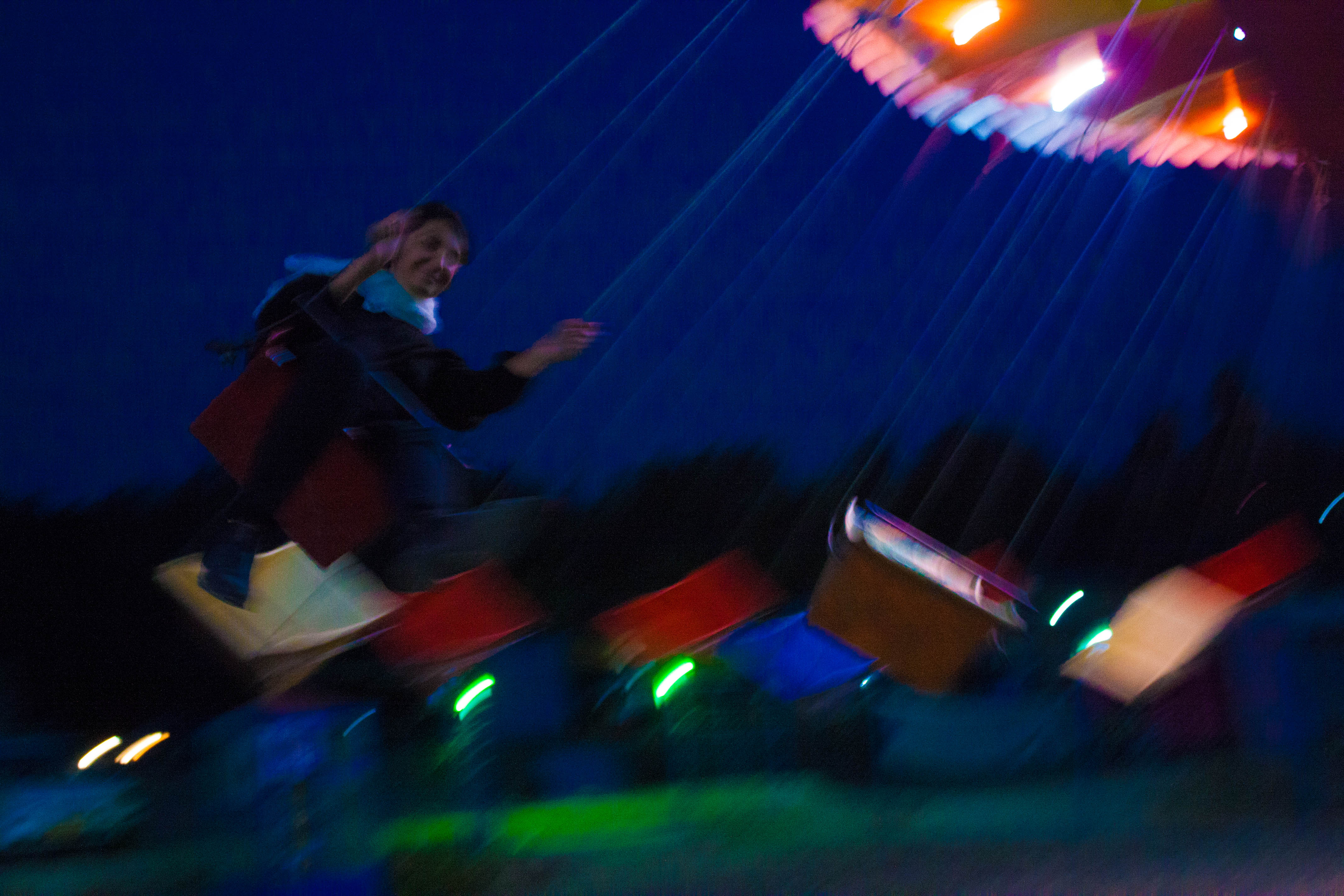 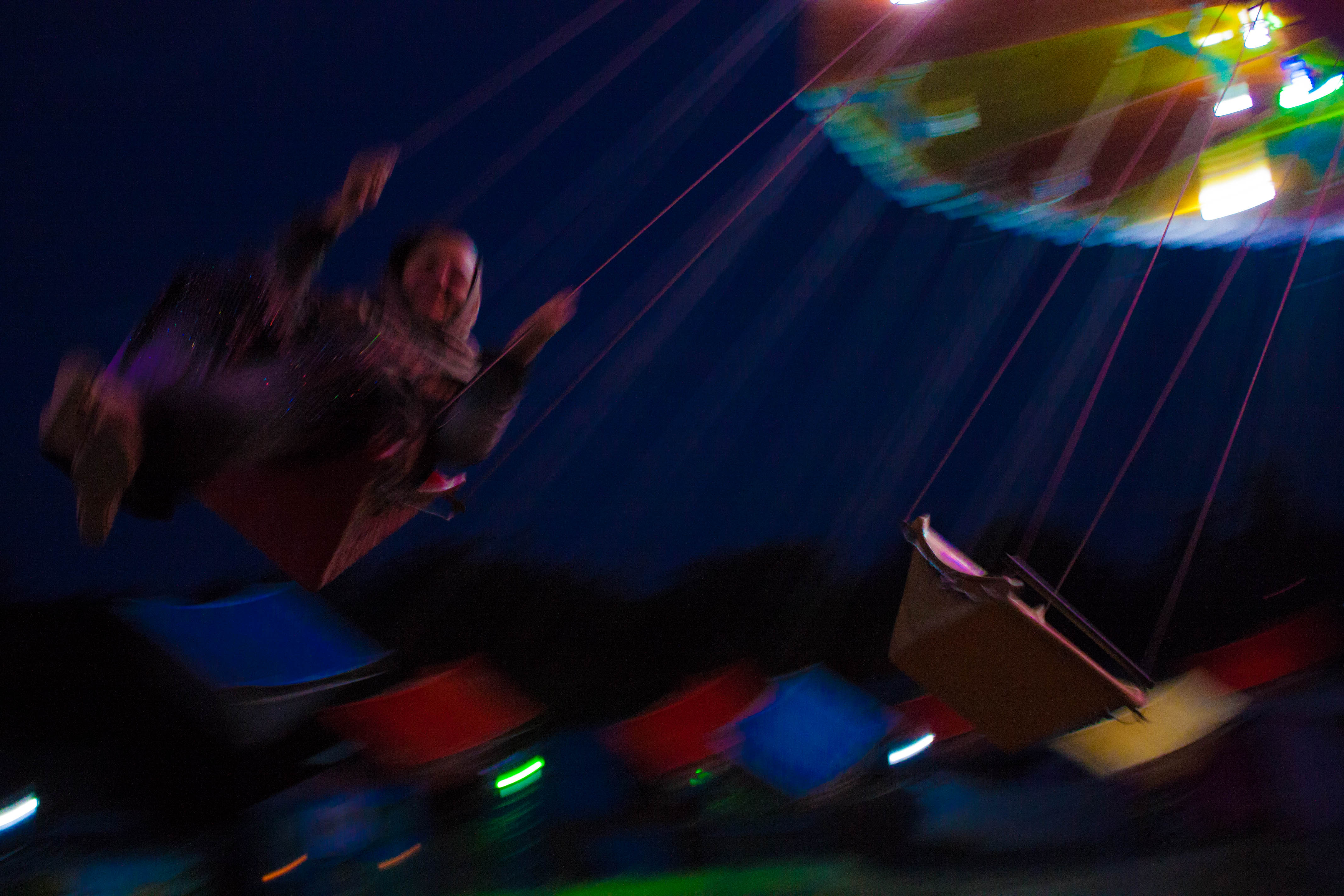 Large cities tend to have a vibrant energy, with a vastly growing population expecting a brighter future, and a lot of young people doing things. In Kabul, war and poverty make it easy to overlook this. But if you pay attention, you will find the lives civilian Afghans have carved out for themselves beyond survival. Amusement parks, arcade halls, shopping malls and the zoo provide entertainment for those who can afford it. Those who cannot look for games, like football, in little alleys, or drink tea at cornerstores. Swing riding in Qargha is by not the most expensive entertainment; one ride cost about the same as a can of coke. Getting there is another question, as you’d need a car or bike. But those who got there wouldn’t leave so soon; groups of youths were hanging out even as we left in the night. They didn’t look as happy as the swing riders, though.